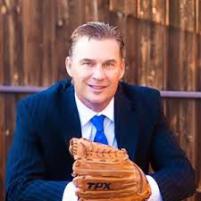 A former pitcher for the Arizona D-Backs, Todd Stottlemyre left one major league for another after playing for three World Series champion teams. He spent five years on Wall Street, launched his own investment fund and is currently building a global marketing business.

Born the son of three-time 20-game winner and five-time Yankee All-Star Mel Stottlemyre, Tod grew up at Yankee Stadium alongside his father and his father’s teammates: including the likes of Mickey Mantle, Whitney Ford, Thurman Munson and Yogi Berra.

Growing up under the lights didn’t cement Todd a spot in the big leagues. The MLB became his goal, and he worked against odds, through loss, and toward his dream.

Todd has found that in order to become a grand slam leader and positively influence employees, humility is the first step to learning and creating a united team. He applies what he’s learned through his baseball and business successes to share with audiences his teachings on competition, interpersonal relationships, and workplace team-building strategies.

If we can influence others, we can manage outcomes in both our business and personal lives. Too often, people associate their values to their organizations with their job titles. They see themselves as role players, without exercising the powers of EveryDay Leadership they possess. Similarly, managers and executives often lose sight of their immediate surroundings - their teammates - focusing intently on a bigger picture.

Bill Clement's presentation will leave you laughing, inspired, and motivated to unlock this powerful ability to manage outcomes. As he takes you onto the ice and into the dressing rooms that were home to him for 11 years in the NHL, you will meet the EveryDay Leaders that most influence his teams' championships and the characters that most contributed to team failures.

In 2000, Eric's son Jeff became a victim of suicide because of his depression. This tragedy prompted Eric to devote his life to building awareness and to help break down the stigma surrounding depressive illnesses. Hipple provides Mental Health literacy to a variety of professional groups: military, schools, and communities often through the "Under the Helmet" campaign which has reached thousands of high schools and youth coaches across the country.

Tarah Hipple-Thomas is passionate on helping others through her traumatic experience. Through intense therapy for her post-traumatic stress disorder, Tarah found peace, surviving and thriving by soon graduating with her MSW and continuing her education to become a Licensed Clinical Social Worker and specializing in trauma-informed therapies. Though living in Washington with her new Navy Diver husband, Tarah co-presents with her father, Eric Hipple, and speaks about their continued journey of recovery and mental fitness. When she is not studying, she enjoys reading and adventuring with her husband and their dog Samson. 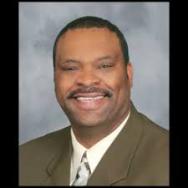 Edmund Nelson is a former NFL football player who played in the league for 7 years. Edmund was drafted by Pittsburgh Steelers, but also played for the New England Patriots and the Cleveland Browns throughout his career. His true loyalty though will always be with his alma mater - Auburn University.

After playing in the NFL, Edmund had a successful broadcasting career with KDKA TV as a Steelers Analyst and Color Commentary on preseason broadcasts for 17 years.  Additionally, Edmund has been an Agent for State Farm for over 28 years in Pittsburgh, PA.

Edmund speaks to audiences about teambuilding. His rich and humorous storytelling engages audiences and keeps them on the edge of their seats.

What does it take to win? Jim Everett knows the answer to that. A former first round NFL draft pick, and Purdue University academic and football standout, Jim Everett has been winning on and off the field his entire life. During his keynote speeches, Jim discusses the mental game that is sports -  how to train, how to practice, but how to do it with passion. He then thoughtfully weaves that mentality into your life, discussing what you can do to help yourself win the game of life.

How can a person with four documented learning disabilities, the lowest GPA in his high school class, and the inability to complete a sentence rise to become an NFL Football Pro, CEO of his own company, and an internationally acclaimed keynote speaker? With a vision! Shawn speaks to corporate, collegiate, and K-12 audiences. His engaging and hysterical keynote has audiences cheering him on as he discusses inner strength while tearing a phone book in half! Shawn's speech is powerful, so much so that many clients ask him to come back again and again. His energy is contagious and everyone will walk away a better person by hearing his message. 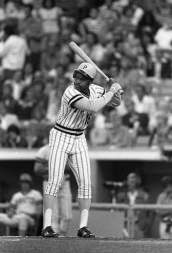 Al Oliver played 21 years of professional baseball. During his career, he played 10 seasons for the Pittsburgh Pirates, is a seven time All Star, and a 1971 World Series Champion. With all his accomplishments in baseball, his biggest passion is helping others through his keynote speeches. With his organization – Al Oliver Enterprises, Inc. – and public speaking, Al strives to spread his message of “swinging hard to fulfill your dreams, even when life pitches a curveball.” In his book, Life is a Hit; Don’t Strike Out, Al weaves knowledge in his profound storytelling and shares his tips on how anyone can achieve success.

Throughout his baseball career, Al consistently thrived in a highly competitive environment, using the lessons of self-esteem and motivation learned from his parents. After retiring in 1986, he now shares his experiences both on and off the field to help others achieve their own goals and maximize their success. Al specializes in delivering motivational speeches designed to inspire teams to reach new levels of communication and results.

Wes is a new author of the best selling book, The Pursuit with Patience. As a speaker, he focuses on tools and tips to be the best role model in life.  With candor conversation that audiences embrace and enjoy, Wes tells stories of his childhood in Pittsburgh, and challenges from behind-the-scenes of the college recruitment process, and delves deep into the world of football - a world that created a professional athlete and inspirational voice. 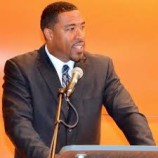 Mike Logan is a former NFL player, sought after keynote speaker, broadcaster, and event host. In Mike's thoughtful keynote, he reflects on his career as a collegiate player at WVU and his Pro career with the Steelers. He shares insight through stories that are heartfelt and meaningful. Mike speaks to corporate, collegiate, and K-12 audiences.

Chris Ward is a former All-American at The Ohio State University and a 4th overall draft pick for the 1978 New York Jets. Today, Chris is a sought-after motivational speaker. His unique story about being abandoned on the doorsteps of a church, to playing college and professional football, to living on the streets of Los Angeles will have your audience mesmerized and motivated.

Since his NFL retirment, Chris has accomplished his goal of helping others. Using his experiences and his "Three P's Mott" - Patience, Persistence, and Perseverance - Chris customizes a rivoting speech that will have attendees on their feet cheering for more! 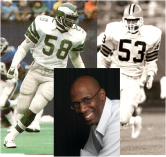 Anthony is a sought after speaker with a long career with the NFL. He played for the Philadelphia Eagles and the Cleveland Browns.  His keynote speech - Life is a Sport, Win At It - has been well received with association conferences, corporate audiences, and students.

There are numerous paths that we take to attain our life goals. The path is simple; we go to school, get good grades, head off to college and find our dream job. Or do we? John Banaszak is one of those pioneers who took the path less travelled. In his insightful keynote, John shares how his success took astounding and non-traditional turns, and shares insights on how he embraced unlikely opportunities that led to his success on and off of the football field. He will share 5 tips to help anyone achieve the success they desire.

Donnie is a dynamic motivational speaker who cares deeply about helping students. Young people are mesmerized by what they learn from Donnie. They benefit from the new ideas and tips that Donnie shares, and they see better academic results because of it. He's able to encourage and empower students by delivering a tailored message that meets their needs. Watch as he inspires students while sharing stories of the adversity that he experienced, and the empowerment that he discovered in himself to create solutions to those challenges. 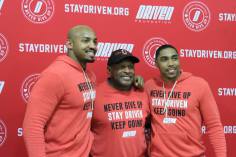 Roy Hall and Antonio Smith will tell you, "Teamwork makes the Dream Work." Having the opportunity to play on National Championship and Super Bowl caliber teams, both Roy and Anotonio know what it takes to assemble, lead, and play on a winning team!

Roy and Antonio met in 2002 at The Ohio State University, and continued their careers professionally with the Indianapolis Colts. This marked the start of an amazing journey for this dynamic duo. Playing alongside one another in the great sport of football has led to these two gentlemen to perform adjacent to one another in the game of life.

After retiring from the NFL, Roy and Antonio teamed up and launched the DRIVEN Foundation, and have dedicated their lives to motivating, encouraging, and inspiring others to reach their fullest potential - in life and in business. Roy and Antonio engage their audiences with real life accounts of their lives both on and off the field. Their stories will make you feel as if you are in the huddle as you take away lessons that can be applied to building a championship team.

Click here to receive more information about Roy and Antonio.

To find out how you can hire our speakers, call 412-680-3222, or e-mail Kelly@FieldOfPlayMarketing.com. You can also click on the link below to reach our contact page, or view some of the athletic organizations we work with!